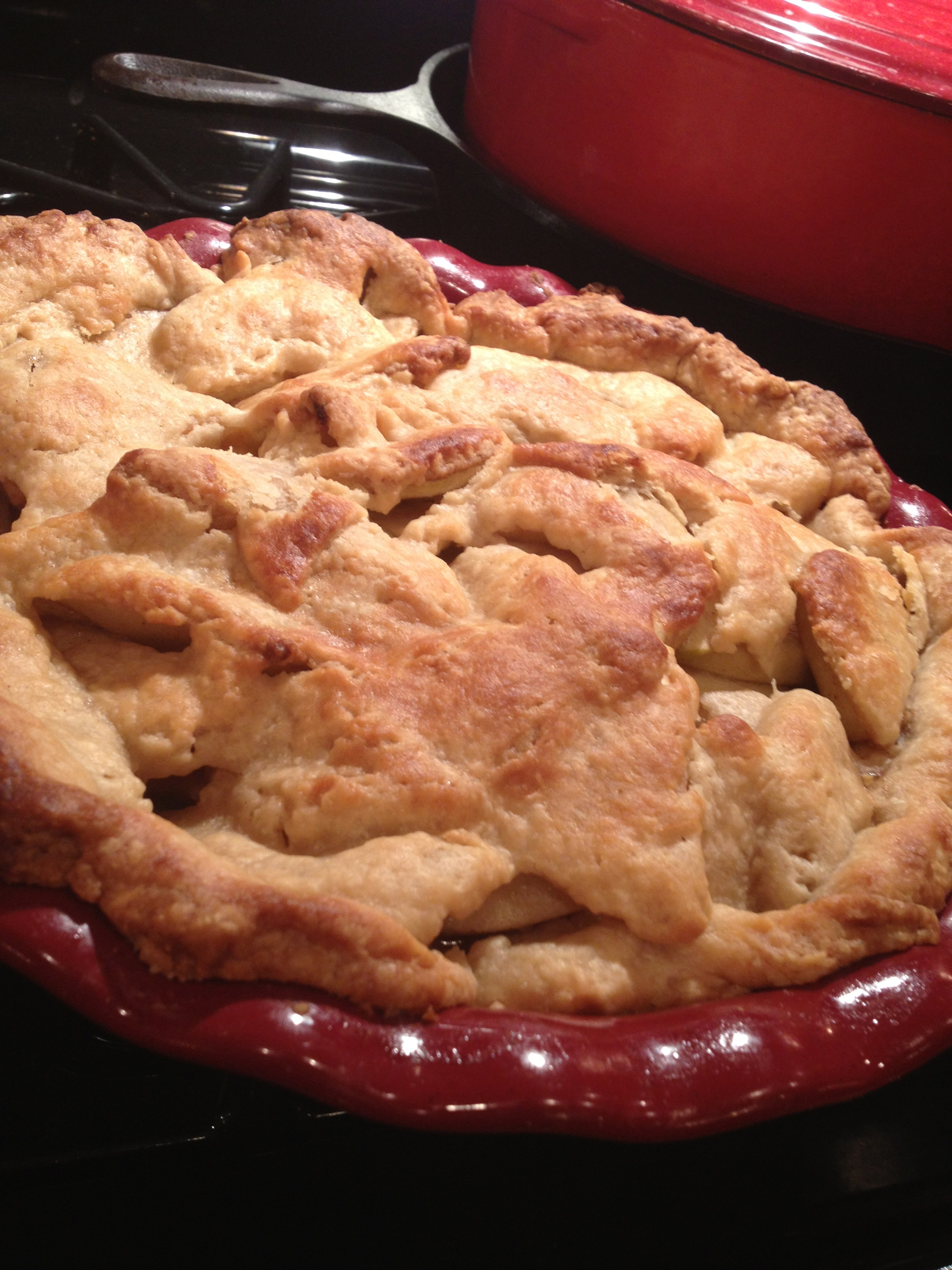 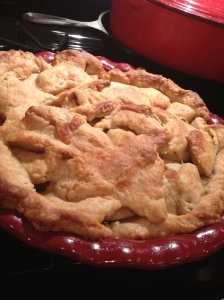 So yesterday we drove out to an apple orchard with the quest of checking something off my Things To Do in Autumn list. Which inspired me to make an apple pie. Which got me excited about making pies in general. So I decided to go  overboard and declared Sunday, “pie day.”

This included an apple pie, a salted caramel apple pie and a chicken pot pie–all from scratch, because that’s what sane people do on one of the last nice days in IL before the frozen tundra settles upon us. Why two apple pies? A strategic person might freeze one for later, but I instead promised one to our neighbor. Because I need the applause of others to validate ridiculous decisions on how my time is spent.

Nine hours later, (yes 9) I’m exhausted and have gotten sloppy. Which includes a poor judgement call to taste caramel that was boiling moments before, resulting in third degree burns on my lips and thumb. (Use a spoon? That’s ridiculous.)

Life lesson learned: Too much is never a good thing, even with pie.